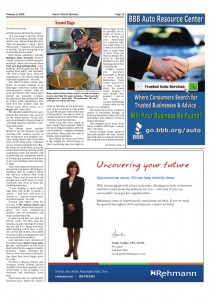 In 2011, Scott Owens went with his wife, Suzi, to a bank seeking a loan to start a business making hot sauce.

Owens had been laid off from the auto industry in 2008, and the family’s Dearborn home was underwater after a third of his neighbors walked away from their mortgages. But he and Suzi didn’t put their idea for a food business on the shelf. Instead, they cashed out their 401(k)s and formed Owens Family Foods LLC, which makes “Scotty O’Hotty” brand hot sauces.