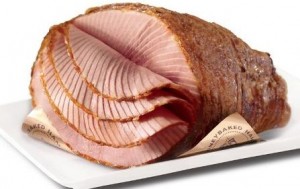 After two people at the company confirmed the deal, it issued a statement saying “it is our policy not to comment on speculation or rumors.”

Sources inside the The HoneyBaked Ham Co. say a merger is in the works between the brand’s Georgia and Michigan operations.

It’s unclear at this time if any of the retail outlets in Michigan would be affected. Also unclear is whether the Michigan corporate office in Troy would be closed or expanded.

In a call placed earlier to a HoneyBaked Ham corporate office in Georgia, an employee confirmed that the Georgia office is buying out the Michigan operations. Lou Schmidt, an executive at the HoneyBaked Ham corporate office in Troy, also confirmed Friday that a deal is happening, but he characterized it as a “merger,” not a buyout, while providing no further details.

Subsequent calls to the Troy office went unanswered. It then issued a statement, saying “it is our policy not to comment on speculation or rumors.”

Peering into the structure of HoneyBaked Ham reveals a blend of entities and holding companies, reflecting the many family interests as well as the mix of territorial, franchise, licensing and corporate operations.

Schmidt’s grandfather Harry Hoenselaar bought the business, which at the time was just one shop in Detroit, for $500 in 1957, Schmidt told Crain’s in 2013. The company was split into four national territorial divisions among his children upon his death in 1972. His children were the ones who developed the brand’s broader recognition by growing its presence in their spheres of influence.

Franchise agreements are handled through the Georgia office, but the master licensing entity, which owns the brand’s intellectual property, is based in Cincinnati and also has an office in Troy, according to company disclosures. The company did not respond to a question about where the ownership of this intellectual property will fall when the merger is complete.

There are 10 HoneyBaked stores open in Southeast Michigan plus seven others scattered throughout the rest of the state, according to the company’s website.